The tour encompasses classic Orthodox, Catholic, Protestant and Evangelical Confession Pilgrimage sites, both in main cities and countryside. A detached observer’s perspective on worship places, with their traditional architecture, in breathtaking natural landscapes or great cities. It is about serenity and life. It is special. 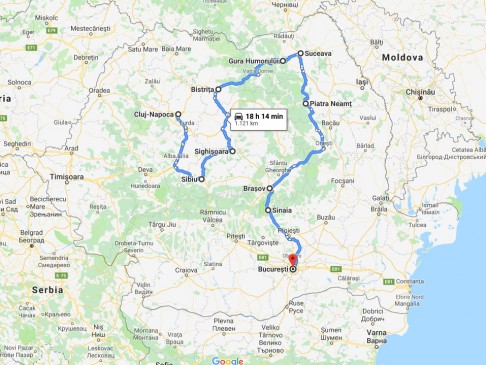 Cluj-Napoca, the spiritual heart of Transylvania, today one of Romania’s most dinamic cities which harmoniously combines the contemporary bustle with the secular heritage. Cluj-Napoca is definitely worth visiting for its excellent cultural activities, wonderful historical legacy, fine dining and great atmosphere.

Dinner in a traditional restaurant in Cluj-Napoca 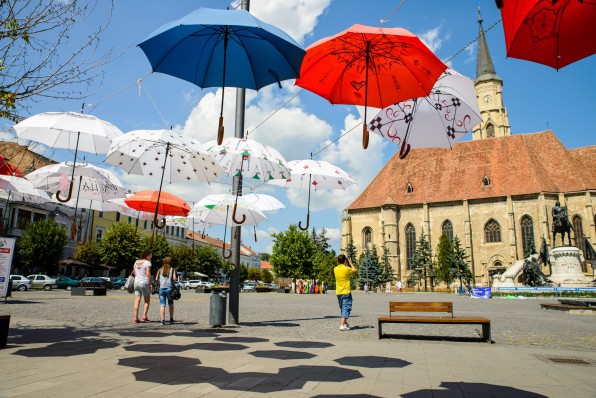 Transfer to Alba Iulia - short city tour with the visit of Alba Carolina fortress, Roman Catholic church, Reunification Cathedral. Alba Iulia's landmark is represented by the Vauban-style fortress with its star-shaped bastions. It was built in the early XVIIIth century, after plans who radically transformed the medieval fortress into a seven-bastion baroque fortress, the most remarkable of its kind in SE Europe.

In the afternoon, visit Cisnadie (Heltau in German), 10 km far from Sibiu, with the Saxon fortified church St. Walpurga (XIIIth century) and then Cisnadioara (Michelsberg in German), with the Romanesque Church, the oldest architecture monument of its kind
in Transylvania (1260).

*Optional: dinner with traditional menu and folk show in a rural pension, in Sibiel (22 km from Sibiu): including visit of the Glass Icons Museum unique in Europe, over 700 exhibits.

Dinner and accommodation in Sibiu.

On the way to Sighisoara the landscapes concentrate a large part of the fortified churches: almost every village in the area is gathered around a XIIIth-XVth century fortified church built by the Transylvanian Saxon settlers. Visit of Medias - the late gothic St Margaret's church and the impressive Biertan fortified church, the former see of the Protestant bishops for 300 years.

Transfer to Sighisoara, small fortified city in the heart of Transylvania, visit of the well preserved fortified site: the Stag House, the Clock Tower, the Church on the Hill, the Venetian House, the Covered Stairs. Sighisoara (Schässburg in German) offers an outstanding testimony of the local Saxons culture with a genuine feeling of a medieval fortress permanently inhabited.

Short city tour in Bistrita (one of the seven Saxon cities, Siebenbürgen). Visit of the Evangelical Church, built initially in a Romanesque style, extended in the second half of the XIVth century in Gothic style; Şugălete – a 13 building complex dating from the XVth-XVIth centuries, typical for the Transylvanian Renaissance construction style. Our trip continues to Bukovina region. Visit of the Voronet monastery, known as the Sistine Chapel of the Orient, famous for its stunning XVth- XVIth century vivid blue exterior frescoes.

Next visit: the monastery of Humor, one of the first painted Moldavian monasteries in the XVth century, small but shining bright among Bukovina’s treasures, both part of the UNESCO World Heritage.

Suceava, former capital of Moldavia - visit of St George's Church (UNESCO World Heritage site). Next stop: Dragomirna monastery, an original integration of the Gothic style in the Romanian architecture. Dragomirna monastery structure is impressive through its size, having the tallest fortified walls in Bukovina.

The tour continues with the visit of the Arbore monastery (the only church in the Bukovina region with no belfry towers) and Putna monastery, built by the Moldavian ruler Stefan the Great (XVth century). Visit of a traditional workshop in Marginea, a small village preserving a unique and beautiful tradition of producing black ceramics, craftsmanship dating from the XVth century.

Leaving the beautiful region of Bukovina, the tourists will be passing through picturesque villages, having the chance to observe small churches, traditional country houses and local crops. On the route visit of the Neamt fortress, jewel of XVth century architecture, built during Stefan the Great's reign.

Transfer from Brasov to Sinaia mountain resort, the ”Pearl of the Carpathians”, visit of the Peles Castle, former residence of Romania's Kings, built by King Carol I of Romania as his summer residence. En route to Bucharest. Short city tour of Bucharest, Romania's capital with the visit of the Romanian Orthodox Patriarchy, the Old City centre (Manuc's Inn, the ruins of The Old Court), Victoriei Boulevard with the Romanian Athenaeum, the former Royal Palace, Cantacuzino Palace, Kretzulescu church.

*On Sunday participation to the Christian mass of the Catholic or Protestant church in the city you are in at the time.