Romania is situated in Southeast Europe between latitudes 43°37' 07" and 48º15' 06" north and longitudes 20°l5' 44" and 29°42' 24" east - extending approximately 480 km north to south and 640 km east to west. The country has an area of 237,750  km2 and a population of almost 20.000.000 inhabitants of which 89% are Romanians, 6.5% Hungarians, 3.3% Romani, as well as Germans, Slovaks, Turks, Russians, Bulgarians, Croats, Tatars, Czechs, Greeks, Jews, Armenians, Polish, Albanians. The Carpathian Mountains are situated in the center of the country, bordered on both sides by hills and plateaus and finally the Great Plains of the outer rim. Forests cover over a quarter of the country and the fauna is one of the richest in Europe including wolves, bears, deer, lynxes and chamois.

The mighty Danube forms the southern boundary of the country
ending in the Danube Delta at the Black Sea, a heavenly home for countless, native and migratory birds.
Countries sharing borders with Romania are Hungary, Serbia, Bulgaria, Moldova and Ukraine.

The territory of Romania has been inhabited since the Paleolithic period.

Present-day Romania was first inhabited by the Dacians, fierce warriors, subdued by the Romans under Emperor Traian in two extremely difficult campaigns at the beginning of the 2nd century AD. The relatively brief Roman occupation, 165 years, nevertheless left us a lasting legacy, the Latin language, which survived many subsequent invasions of migratory peoples. Over the years, a Romanian identity progressively developed.

During the 13th and 14th centuries the feudal states of Walachia and Moldavia were established. Centuries of struggles against the Turks ensued in these states. Meanwhile, Transylvania was successively occupied by the Ottoman and Austro-Hungarian Empires. Finally, Moldavia and Wallachia were united in 1859, Independence was achieved in 1877 and the Unification with Transylvania in 1918.

The communist regime, established after World War II, lasted 45 years and was ended by the Revolution of December 1989.
Romania became member of NATO in 2004 and since 2007 Romania is a member of the European Union.

The climate in Romania is temperate-continental, characteristic to Central Europe (hot summers, cold winters, distinct seasons, abundant snowfalls, especially in the mountains). The warmest areas are in the south.

The average temperatures in different parts of the country are (in °C):

The official language nationwide is Romanian, of Latin origin.

Apart the official language in Romania some of the other spoken languages are: Hungarian, Serbian, Ukrainian, German.

English, French and German are widely spoken by the Romanian citizens all around the country.

Most Romanians are Orthodox Christians (87%); Catholic of Oriental and Roman rites are as well represented (5%).

The religious freedom is guaranteed by the Romanian Constitution.

In accordance with the Constitution adopted in 1991 (based on the  Constitution of the Fifth French Republic), Romania is a parliamentary republic, with a bicameral parliament.

Romania is a multi-political party state - many parties are currently registered, but only important ones are represented in the parliament. Ethnic minorities are also represented.
Democratic rights and freedom are guaranteed by the Constitution.
The national flag is: blue, yellow and red. Romanian National Day is December 1st, the day when the unitary state was founded in 1918. Romania's territory is divided into counties administered by prefects; the mayors of municipalities, towns and villages are subordinated to the district administrations.

Bucharest, the capital, has its own administration, similar to those of the districts.

Postal and communication services: Post offices are open daily, including Saturday morning, in most areas and provide local and external services.

Credit cards: American Express, Diners Club, JCB International, Euro Master Card and Visa are accepted in most hotels and car rental companies and in some restaurants. It is however advisable to check in advance.

Available in public and private health units throughout the country (hospitals and dispensaries), according to the medical agreements established between Romania and other countries.

Normally a small tip for good service is appreciated, but it is the customer's choice. 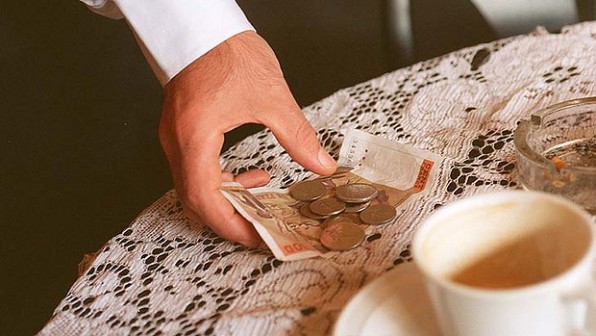 Foreign newspapers and magazines are usually available at the reception desks of leading hotels.