This tour is designed to offer the best combination between history and gastronomy in one of the most interesting regions in Romania. It will present the visitors the (hi)story & taste of: Sibiu, 2019 Region of Gastronomy; Sighisoara – the best preserved medieval citadel in Romania; Alba Iulia – the King Coronation City; Viscri, “a royal heart” village cherished by HRH Charles, prince of Wales; and Sinaia – the former residence of the Romanian Kings. 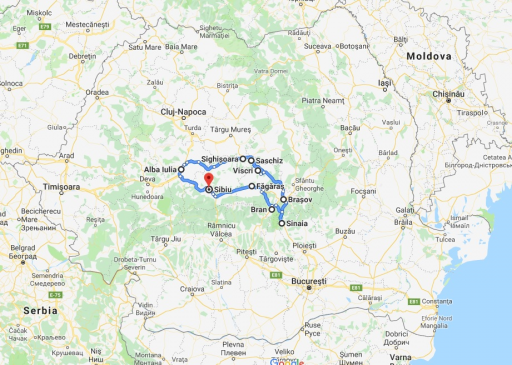 Group pick up from Sibiu Airport.

Along with Luxembourg, Sibiu was designated European Capital of Culture in 2007, primarily due to the multiculturalism that defines it.

The Saxons are a population of German origin, settled in Transylvania by the Hungarian kings. Some Saxons came from Flandre or from a region near the North Sea, while others came from the middle Rhine region or Luxembourg.

Encouraged to settle down and economically develop southern Transylvania, the Saxons communities were supported with significant privileges: administrative, judicial and religious, in exchange for the military & fiscal obligations to the Hungarian crown. 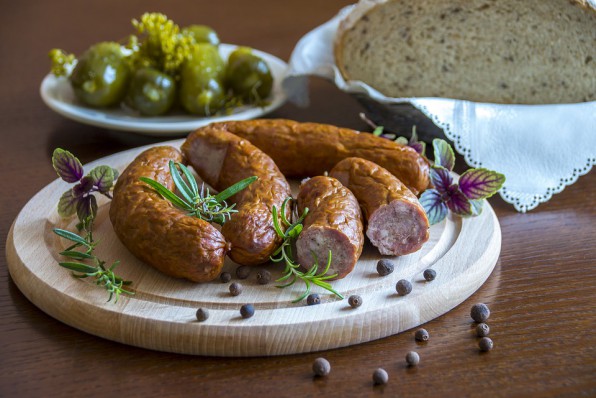 Sibiu, 2007 European Capital of Culture is a fusion of Romanian, Saxon and Hungarian cultures, displaying an interesting blend of architectural styles, the sheer scale of its historic core - a labyrinth of medieval squares, narrow streets, churches and bridges - being quite impressive. Sibiu is primarily loved for its medieval charm, for its cosy restaurants and is surrounded by beautiful landscapes. A cyclist-friendly city, Sibiu and its surroundings can be explored by bicycle, as well as on foot.  The Citadel of Sibiu is an absolute must-see place, as it remains one of the best-fortified citadels across Europe.

Tour of the medieval centre of Sibiu, one of Romania’s most charming cities: the Large Square with Brukenthal Palace, Haller House, the Catholic Church and the Council Tower - symbol of the city; the Small Square with Luxembourg House, the Liar's Bridge, the House of Arts; Huet Square with the Evangelical Church; the Cetatii/Fortress street; the Orthodox Cathedral.

Transfer from Sibiu to Sibiel.

Sibiel  (22 km far from Sibiu) is one of the 18 traditional Romanian villages with a special cultural, architectural & historical heritage, located SW of Sibiu outskirts ("Marginimea Sibiului"). The village is surrounded by beautiful landscapes and the tourists will be charmed by the simplicity & hospitality of the locals, the genuine Romanian traditions & culture visible everywhere. The tourists can see the beauty of ancient habits, feel the rhythm of the villagers and taste the charm of the village events & religious rituals.

Alba Iulia's landmark is represented by the Vauban-style fortress with seven bastions, star-shaped.  It was built in the early XVIIIth century, after the plans of two architects: Visconti and Doxat de Demoret (the "Austrian Vauban"), who radically transformed the medieval fortress based on the former Roman Castrum into a seven-bastion baroque fortress, the most remarkable of its kind in SE Europe..

Saschiz Fortified Church is very impressive due to its huge proportions and the way that the fortifying elements have been adapted. But even all the defensive elements are eventually surpassed by the beauty of its Gothic architecture: huge arches, massive buttress and decorations. Continue to Bunesti, a fairytale village in the heart of Transylvania.

Apart the fortified church, the village Viscri presents the traces of its strong Saxon community who resisted to many barbarian attacks along the centuries and are fighting to preserve the rich heritage of their ancestor’s land ("Siebenbürgen, alte Heimat"). Their efforts have been sustained by Charles, Prince of Wales, who is enraptured with the unspoiled natural beauties of Transylvania. Starting with 2006, the Prince of Wales bought and restored XVIIIth century Saxon houses in Viscri (the "Blue House") and other properties, in order to support and protect this unique way of life and bring sustainable tourism into the region; he visits privately each year the "last corner of Europe where you see true sustainability and complete resilience".

City tour of Brasov, with the visit of the City Council Square, the Black Church (Brasov's landmark, over 500 years old, the largest Gothic church in SE Europe, hosting one of the greatest pipe organs in Europe), Ecaterina's gate (a fairy-looking medieval tower, part of the last preserved original city gates), the rope street (one of the narrowest streets in Europe) and many others.

“Royal Lunch” served in a traditional Saxon Pension in Viscri, at Viscri 22 (“Mama Gerda”) OR a fine dining experience in Bunesti.

Built by King Carol I of Romania (born Prince Karl of Hohenzollern-Sigmaringen dynasty), as his summer residence, the Peles Castle shelters a huge collection of works of art, rare furniture, weapons collections, valuable books, and over 2.000 paintings in its 160 rooms. The architects have used an abundance of wooden decorations, outside and inside the castle, combined with stone, bricks and marble, providing a special feeling. The Peles Castle's architecture profiled against the snow-capped mountain peaks is a stunning and breathtaking view; one of the finest castles one can ever see.

Located in Azuga, an attractive small town between Sinaia and Brasov, on the Prahova Valley, in the middle of the majestic Carpathian Mts, the Rhein Wine Cellar (previously Rhein & Cie Azuga 1892) was recognized between the two World Wars as "Romanian Royal House Official Purveyor".

Visit of the Bran Castle (opening times: Monday 12:00–18:00; Tuesday to Sunday 09:00–18:00; last admission 18:00), known as the Vlad Dracul/Dracula’s Castle. The medieval stronghold perched on rocks high above the valley was built in the XIVth century, in order to protect the peasants and landowners at the border between the two historical provinces: Walachia and Transylvania.

Făgăraș, together with Amlaș, formed during the Middle Ages a traditional Romanian local-autonomy region in Transylvania, and after 1242, Saxon settlers came in the area. The town became the main one in the surrounding royal estates. During the rule of Transylvanian Prince Gabriel Bethlen (1613–1629), the city became an economic role model city in the southern regions of the realm. Bethlen rebuilt the fortress entirely. Ever since Făgăraș became the residence of the Transylvanian Princes wives, an equivalent being Veszprém, the Hungarian "city of queens".

Făgăraș was the site of several Transylvanian Diets, mostly during the reign of Michael I. Apafi.

Visit of the Făgăraș Fortress.

Transfer from Făgăraș to Sibiu Airport for a late flight.