Transylvania has always fascinated the travelers’ imagination: vampires, haunted cemeteries, fog-covered countryside, and people terrorized by Count Dracula were all present; but in reality the past is still alive in all the main features which make this land such a unique place: colorful medieval towns, scattered ancient citadels, villages with fortified churches and castles guard this land encompassed by the Carpathian Mts wilderness.
HRH Prince Charles is enraptured by Transylvania’s countryside and has started a campaign to save the forests & wildlife of Transylvania, and support environmental & rural sustainable development, a project close to Charles’s heart: "It's the timelessness which is so important”.

Dinner and accommodation in Cluj-Napoca

Leaving Cluj-Napoca for Sighisoara, a small fortified city in the heart of Transylvania, visit of the well preserved fortified site: the Stag House, the Clock Tower, the Church on the Hill, the Venetian House, the Covered Stairs.
Continuing the tour with Viscri village.
Situated at 43 km from Sighisoara, Viscri is an oasis of tranquility, where Charles, Prince of Wales owns a traditional house. The village hosts a spectacular fortified Saxon church, listed in the UNESCO Cultural Heritage Site List.
Transfer to Brasov; short city tour with the visit of the City Council Square, the Black Church (Brasov's landmark, over 500 years old, the largest Gothic church in SE Europe, hosts one of the greatest pipe organs in Europe), Ecaterina's gate, a fairy-looking medieval tower, part of the last preserved original city gates.

Dinner and accommodation in Brasov/Poiana Brasov

Brasov - Sinaia - Bran - Brasov
Transfer to Sinaia mountain resort, the ”Pearl of the Carpathians”, visit of the Peles Castle, former residence of Romania's Kings. Built by King Carol I of Romania, as his summer residence, the Peles Castle shelters an important collection of works of art, rare furniture and valuable paintings.
Lunch and wine tasting (sparkling wines produced using the traditional method) in the "Rhein Azuga" wine cellars, the former supplier of the Romanian Royal Court.
In the afternoon - visit of the Bran Castle, known as the Dracula’s Castle.
The medieval stronghold perched onrocks high above the valley was built in the XIVth century, in order to protect the peasants and landowners at the border between the two historical provinces: Walachia and Transylvania.

Transfer to Sambata de Sus. Visit of the Sambata Monastery ("Brancoveanu" Monastery) a place of recovery, comfort and spirituality, built on Constantin Brancoveanu's order in an original Romanian style, emerged in Walachia in XVIIth century. The route between Brasov and Sibiu follows the majestic Fagaras mountains ridge, the highest mountains in Romania; crossing several villages typical for Transylvania.
In the afternoon, the tour of the medieval centre of Sibiu, one of Romania’s most attractive cities: the Large Square with Brukenthal Palace, Haller House, the Catholic Church and the Council Tower - landmark of the city; the Small Square with Luxembourg House, the Liar's Bridge, the House of Arts; and the Huet Square with the Evangelical Church; the Fortress Street.

Dinner and accommodation in Sibiu

Visit the town Cisnadie (Heltau in German, 10 km far from Sibiu), with its Saxon fortified church St. Walpurga (XIIIth century), and then Cisnadioara (Michelsberg in German), with the Romanesque church, representative monument for the Romanic architecture in Transylvania.
In the afernoon, get acquainted with the traditional folk architecture and popular techniques exposed in the picturesque open air "ASTRA" Museum, located in the forest of Dumbrava Sibiu.
Dinner with traditional menu and folk show in a rural pension, in Sibiel (22 km from Sibiu) - Glass Icons Museum unique in Europe, over 700 exhibits.

Dinner and accommodation in Sibiu

Next stop: Turda. Visit of the Turda Salt Mine, one of the oldest and most important salt mines in Transylvania, dating from the XVIIth century; displaying for the tourists old shafts, health and recreational facilities. 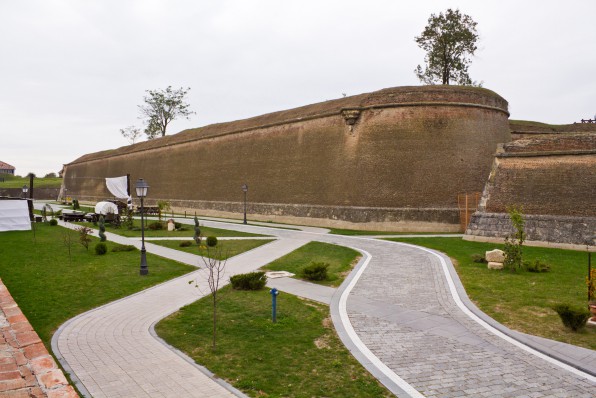 The price is valid for groups of minimum 30 pers.
Quotes for different group sizes on request.

The prices includes:
- Transportation for the whole tour, airport transfers included
- Accommodation/BB in good 4* hotels, centrally located, 6 nights
- 6 Dinners
- Experienced English speaking guide for the whole tour
The price does not include:
- Entry fees
- Other services not mentioned