In the footsteps of Dracula: find out the fascinating mix between historic reality, legend and fiction. The tour leads you on the main areas related to the Count Dracula character that Bram Stoker perfected. His 1897 novel "Dracula" invented world’s most well-known vampire to this day. 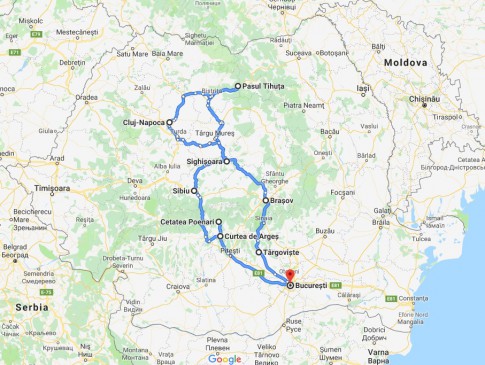 Bucharest was mentioned for the first time in a document dated 1457, during prince Vlad Dracul's reign.

Short city tour of Bucharest, with the visit of the Old Town (attractions in the Lipscani/Historical Centre: Manuc's Inn, the ruins of the Old Princely Court, former Vlad Dracul's Palace), Victoriei Boulevard with the Romanian Atheneum - the capital cultural landmark, the Royal Palace, the Cantacuzino Palace, Kretzulescu church, Stavropoleos church.

In the evening a traditional Romanian restaurant will be the place where you will enjoy the Romanian hospitality.

On the footsteps of Vlad Dracul/Dracula: visiting Snagov Monastery, where, according to the legend the Walachian Prince Vlad the Impaler, son of Vlad Dracul rests for eternity.

After breakfast: travel to the Corund/Praid ethnographic area to reach the so-called "Dracula Land".

Tihuta Pass is situated at the meeting point between Transylvania and Moldavia; breathtaking landscapes can be seen along a spectacular and difficult mountain road. Bram Stoker placed the action of his novel around Dracula’s Castle, located in the Tihuta Pass (old name Bargau/Borgo pass), the gateway to Count Dracula's realm. A “mise en scene” showing a dramatised episode from Dracula’s life will be performed in the evening.

In the afternoon, arrival in Sighisoara, a fortified city in the heart of Transylvania, visit of the best preserved continously inhabited fortress in SE Europe: Vlad Dracul's birth house – where the Walachian Prince was actually born six centuries ago, Stag House, Clock Tower, Church on the Hill, Gothic Venetian House, Covered Stairs. Sighisoara (Schässburg in German) is the best preserved medieval citadel in Romania and offers a genuine feeling of a medieval fortress.

Dinner with a "bloody" menu in Vlad Dracul's birth house, now hosting a restaurant. Optional: visit of the torture room   set in this house. 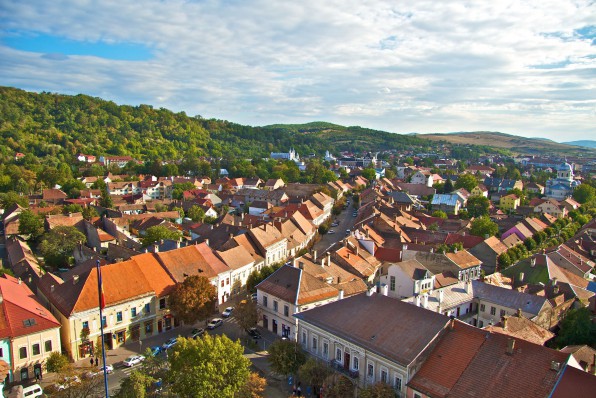 Transfer to Sibiu.
Mihnea the Bad, Vlad Dracul's son, was killed on the steps of the imposing Evangelical Church in Sibiu, and his tombstone can be seen inside. City tour of the medieval centre of Sibiu, one of Romania’s most attractive cities: Large Square with Brukenthal Palace, Haller House, Catholic Church and Council Tower - symbol of the city; Small Square with Luxembourg House, Liar's Bridge, House of Arts; Huet Square with the Evangelical Church and Cetatii/ Fortress Street. Considered in its earlier days one of the best fortified citadels in Europe, Sibiu offers the best mix between a medieval atmosphere and a modern outlook.

*Optional: dinner with traditional menu and folk show in a rural pension, in Sibiel (22 km from Sibiu), including visit of the Glass Icons Museum unique in Europe, over 700 exhibits. 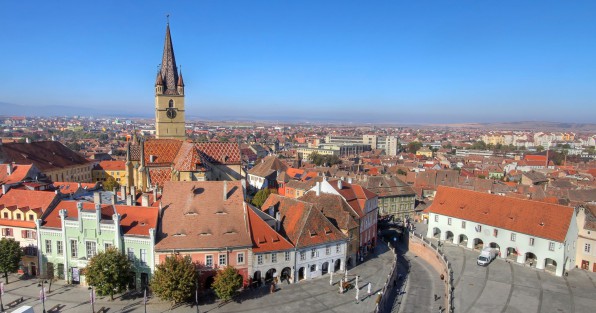 Leaving Sibiu for Curtea de Arges.
Visit of the monastery of Curtea de Arges, a masterpiece of Romanian architecture and also a place of legend: the legend of the craftsman Manole, who had to sacrifice his own wife and build her inside the monastery walls, as a condition for the church to last for eternity.

Transfer to Poenari fortress (subject to availability), former residence of Vlad Dracul, a place where he actually lived. 1400+ challenging steps are to be climbed before reaching the remote Poenari fortress built on the cliff. Rewards after the brave climb: the breathtaking views from the top of the cliff, the ruins of the Vlad Dracul castle, which show a place full of history, myth, and speak for the Prince deeds which associated him with the Dracula character.